As a potential Dustless Blasting business owner, we know that you have some questions about the business. We've collected some of our top FAQs here.

Is it really dustless?

Dustless Blasting suppresses the plume of dust, allowing you to work almost anywhere with minimal containment.

Imagine that you are stripping a car in a football stadium. With Dustless Blasting, the blast media would be contained in an area about the size of the logo in the center of the field. On the other hand, if you were dry sandblasting, the entire stadium would be filled with airborne media.

This means you can travel to your customer's location, and they'll appreciate the convenience. And because containment is minimal, you can blast nearly anywhere! Crowded neighborhood? Check. A marina with boats nearby? You got this.

Do I need to clean up afterwards?
Whatever media you put in the machine is going to come out, so there will be some cleanup afterwards. Unfortunately, it doesn't just disappear into thin air!

However, the water in our system helps control the mess by keeping it within a small radius of the work area. It suppresses the airborne particulates associated with dry blasting, eliminating the plume of dust.

Can my truck pull the DB500?
When fully loaded, the compact DB500 Mobile S weighs about 5,500 lbs and it can be towed by most trucks.

Finally, the DB800 Mobile weighs about 9,700 lbs when fully loaded. It generally requires a 1-ton truck to tow it.

Does it work in cold weather? 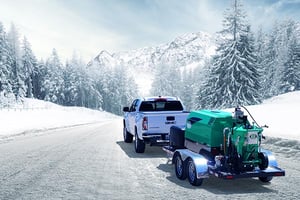 There are many things you can do to blast in freezing weather, such as adding isopropyl alcohol to the blast water. Read the full post and more tips here.

Remember, all of our machines have the ability to dry blast, which can be a good alternative in very cold weather.

How much should I charge people for this service?
Pricing varies significantly throughout the country, so it’s important to base your prices on YOUR area. Though we can’t give you exact pricing, we can share tips, tricks, formulas, and ballpark numbers. In no time at all, you'll be a pro at estimating jobs. Download our How To Price Jobs PDF below - it’s full of tips and examples! 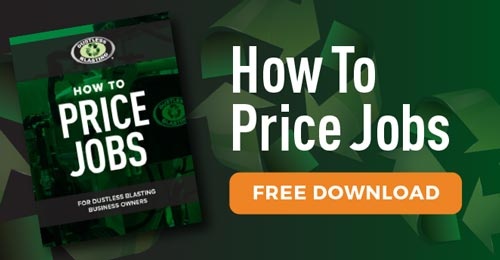 Will it warp metal?
The Dustless Blaster will NOT cause warping, because friction and heat are reduced by the water in our process. Warping occurs when the metal heats up due to friction from dry abrasive. With Dustless Blasting, the temperature of the metal being blasted actually comes down about 10º from ambient.

With that being said, you can still bend metal by applying too much pressure, just like you could bend it with a solid object. For large flat pieces of metal like auto trunks or hoods, we recommend using about 70 PSI at a 20º angle to avoid bending metal.

Will it rust metal? 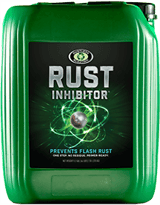 Watch a video on how to use rust inhibitor.

What finish do I get?
Different jobs will require different levels of surface cleanliness, which is often referred to using SSPC or NACE standards. This will be dictated by the type of surface and what will be done to it afterwards.

For example, if you are blasting a classic car before body filler is applied, you need to take it down to an extremely clean white metal finish. On the other hand, if you are stripping a dumpster which is to be repainted, a rough brush blast will do.

Read more about the different levels of surface preparation you can achieve here!

With the Dustless Blaster, you can achieve various surface profiles in several ways, such as using different abrasives, blasting quickly or slowly, or adjusting your blast distance. 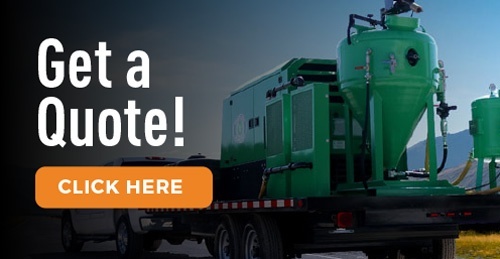 The Future of Surface Preparation begins with the world's #1 tool for restoration. The Dustless Blaster continues to pave the way for the refinishing industry and set new standards for efficiency and power.